We’ve come a long way when it comes to being comfortable, thanks to technology. One of the best gifts that technology has given us is the mobile phone. In its earlier days, mobile phones were just able to call people through limited distances. Today, smartphones, as they are now known, can show people videos and images of who they’re talking to across the globe.

Since we’re facing a pandemic right now, a lot of us are now at home to avoid getting infected and spreading the disease. To help alleviate the boredom, people are now fiddling with their smartphones more than ever. Thanks to technology, life is more bearable even with quarantines going on.

As mentioned above, smartphone usage is incredibly high nowadays. One can’t help but recall or imagine as to what myths surround our smartphones. Some of these myths can be dangerous, while some are just downright silly. Without further ado, here are some of the truths behind some myths regarding our smartphones.

Myth: There Are No More Free Apps

In the past, most of us had the pleasure of downloading awesome apps and games for our mobile phones. Nowadays, you won’t be able to find those kinds of apps anymore. In the rare chance that these apps are still up and running, you’ll likely have to pay a fee to download it. This common occurrence is why a lot of people believe that there are no more quality apps that are free anymore.

In reality, there are still several free, high-quality apps and games for you to download. Do you want to watch free movie apps for android? Do you want a free game on your IOS device? How about an old app that you used to work with?

If you don’t see these apps on the app store, then don’t worry. You can find legit sites online that may have copies of your apps, free to download and install. The next time someone tells you that nothing is free anymore, just tell them they just have to look hard enough.

Myth: Using Phones Before Bed Can Make It Hard to Sleep

According to Sleep.org’s article, most people who use their mobile phones just before going to bed can have difficulty falling asleep. It’s not just phones that are causing this. The article also says that people who use similar devices such as a tablet, a laptop, or even television can have the same effect.

The reason for this is that these devices produce blue light. When our brain sees this blue light, it interprets it as regular sunlight. Not only that, but the light also suppresses melatonin, a hormone that’s responsible for helping people sleep.

Myth: Overnight Charging Can Cause Smartphones to Burn or Explode

While this myth might be of concern for a lot of people, you don’t have to actually worry about it if you’re using your phone manufacturer’s specified charger. Smartphones have built-in features that help regulate energy. When your batteries are fully charged to a hundred, your phone automatically stops charging.

The danger in overnight charging lies with the use of 3rd party chargers or cheap knock offs. Using this product can cause significant damage to your phone’s battery and overall health. Aside from that, you’re not sure of the quality of these types of chargers. Fires that result from overcharging are caused by faulty wiring or low-quality chargers. Avoid the risk and use legit, manufacturer-approved accessories with your phone at all times.

Myth: Taking out Your Sim Card Prevents the Government From Tracking You

Verdict: False… Unless You’re a Wanted Criminal or a Terrorist

In the first place, why would the government track you? In action films, you’ve probably noticed that the hero breaks his or her sim card after ending a phone call from someone to avoid being tracked. Depending on the method used for tracking, it’s not actually the SIM card being tracked, but the mobile phone itself. The only sure way to avoid tracking is by removing the phone’s battery.

Unless you’re a fugitive, the government has no reason to track your whereabouts and activities. Tracking a single phone can take up tons of resources, which the government isn’t willing to give up. Unless it’s about national security or about violating laws, you can be sure that you’re safe and sound from any government surveillance.

Myth: Smartphones Can Cause Cancer

Perhaps one of the best-known myths about smartphones is that it causes cancer. A lot of time and effort has been put in by qualified experts both in medicine and tech to tell you that this fact isn’t true. Your mobile phones emit radiofrequency or RF waves. These waves don’t have enough energy in them to cause tumors to human beings.

Myth: Smartphones Can Interfere With Planes

Every traveler knows the drill of switching off their phones before takeoff and during landing. While electromagnetic interference is the main reason why pilots remind passengers to turn off any mobile device, studies have actually shown that results vary.

In theory, the electrical charge from a device can cause interference with an airplane’s communication systems. Communication is vital when it comes to landing and flying a plane. A pilot is in constant contact with ground aviation personnel for a safe flight.

Although it’s just a theory, the pilot and everyone else, including yourself, wouldn’t want to gamble with everyone’s safety. For security and safety purposes, just switch off your phone when the pilot and flight attendant tells you to.

Every day, we use our smartphones for just about anything. It’s not rare to see a person holding their phones for the whole day. With that said, lots of myths have surfaced regarding the use of mobile phones. The myths mentioned above are just some that keep getting mentioned.

Tags
Myths About Your Smartphone 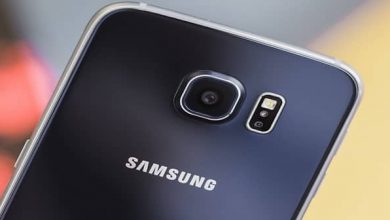 Samsung Rolls Out Stable Android 13 One