Fun fact: Nintendo was a company that sold Japanese playing cards before it became the gaming company we know now. Clearly, the big N is ready to adapt. Nintendo is actually adapting right now, bringing some of their popular titles to mobile devices, with many more to come, including Mario Kart and a Pokémon game where you play by sleeping.

But if you can’t wait to sleep with your pokémon, as weird as that sounds, or to race your friends, you can always try some of the great Nintendo games already available on the App Store. If you don’t know where to start, you’re in the right place. Today I’ll give some of my favorite Nintendo games for your iPhone or iPad.

Pokémon Masters is the newest and hottest Pokémon game on the App Store. You battle against some of the franchise’s most popular characters in 3 vs. 3 battles. You can battle with your friends or from people from all over the world. Your main objective is to become the Pokemon Master League champion in the new Pasio Island. The game has had a rough start, but it’s still a decent game to try out for yourself, whether you’re new to the game or a Pokémon veteran. The game is free-to-play with some in-game purchases available.

Animal Crossing: Pocket Camp is a perfect game if you’re looking for something relaxing. So this might not be for everyone. That doesn’t mean you shouldn’t give this game a chance. Your job is to build your campsite with all of the furniture and other accessories you can get from the game. There are more than 100 animals, with different personalities. You can interact with them and, once you’ve become closer friends, you can invite them to your campsite.

Super Mario Run was the first time we officially had the platformer experience of a Mario game on mobile. As usual, your objective is to go after each level trying to reach Bowser’s castle and defeat him. Besides platforming through levels, you can also gather coins to build your own kingdom. While it wasn’t everyone’s favorite when it was first released, Super Mario Run is a fun experience that offers replayability, different characters to play with and different game modes. The game is free-to-play, but if you want to unlock every level and toad, that’ll cost you $10.00.

If you’re looking for an RPG with a long story, several characters, and amazing visuals, Fire Emblem Heroes is the right choice for you. Fire Emblem Heroes offers different replayable game modes, a long story that keeps being updated, and a lot of different unique characters to use in a turn-based battle system. This is one of the best games from Nintendo you can play on your iPhone to date. Whether you’re a Fire Emblem fan or not, this game is worth playing.

Pokémon GO took the world by storm a few years ago. Everyone stopped what they were doing and started playing this game. And while the game is not as popular as it was the first week it came out, there’s still a lot of people playing it. You play Pokémon Go by moving in real life. As you walk to real-life places, you’ll find different pokémon and pokéstops to fill your bag with items such as pokéballs and revives. You can battle, catch pokémon, go into raids with friends and more things. If you want an excuse to go out, reconnect with friends or find new ones, Pokémon Go is a great way to start.

So this is my top 5 Nintendo games on the App Store. There are other games available with more to come. Which one is your favorite? If you think I missed one, let me know. 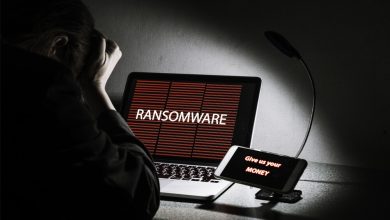