Apple has a lot of different patent applications out there, detailing, at least in part, technologies and ideas the company is working on, has worked on, or is considering working on some day. Today has yet another example, this time for the Apple Watch.

Patently Apple has the report this week, detailing new patents that Apple has submitted to the United States Patent and Trademark Office (USPTO). The company has been granted the patents by the entity, detailing ideas like an LED progress indicator built into the strap, and, perhaps even more excitingly, a skin texture authentication feature.

The first of the granted patents (pictured above) deals with that authentication feature. This is a band for the smartwatch that has a built-in sensor, which would be able to authenticate the user based on their individual skin texture:

Another one of the patents features an LED progress indicator. This would make it possible for the wearer to visually determine how far along they are with a particular task without having to activate the watch’s display.

If that’s not enough, the third patent application approved by the USPTO allows for a self-tightening strap, which could actually adjust its size based on the wearer’s location:

The third Apple Watch patent granted to Apple today is # 10,398,200 that relates to future Apple Watch that provide users with a customized band fit using a dynamic fit adjustment system.

The perfect fit will be achieved for both leisurely times and when the user cranks up their workout and need their watch band to hug their wrist like its one with them as they run or workout.

The band will even assist users to take their pulse by tightening the band to perfection to get that biometric reading just where it has to be and then automatically back off so as to not choke the circulation to your wrist.

How about a process within the two-factor authentication process? Apple has even thought about that:

In one example, a tactile pattern may be a series of five squeezes of the user’s wrist (e.g., tighten and loosen in sequence). The user may thereafter enter “5” to gain access to the banking website.

Now, as is par for the course with news about Apple patents, nothing is guaranteed to actually make it out of whatever stage of development (or non-development) these features might be in. Even if Apple is considering these new elements for the Apple Watch, it doesn’t mean we will ever see them launch.

Still, these are some pretty interesting ideas. Which one of these elements would be your favorite if they did launch?

How to activate your physical Apple Card

10 Amazing Apps To Watch Videos Together With Online Friends 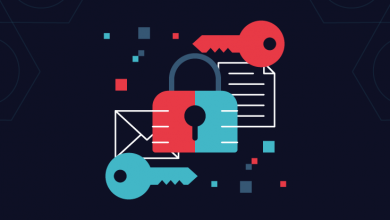 What is Encryption? Everything you need to know