Nowadays, the cord-cutting trend is getting popular, and there is a massive rise in the number of people switching from pay-for-TV cable service to streaming services. The reason is, they can get rid of outdated cable and look for some best streaming services, such as Amazon Prime Video, fuboTV, Sling, and DirecTV NOW, rebranded to AT&T NOW.

Some users complain that streaming services are not as comprehensive as Cable TV due to inadequate tie-ups with telecasting companies. They dont embrace because they are not ready to pay for each network. This situation has led the families to look for the service that acts as a middle ground between Cable TV and Streaming Service, known as satellite TV.

Right now, you might be thinking satellite streaming is not relevant in recent times because of efficient and handy streaming services. But you should keep in mind that 93 million Americans dont accept this opinion, and that’s why DirecTV has grabbed 21 million users. Today we will talk about DirecTV, a traditional satellite TV that is very popular in the US. Please read our article till the end to know every detail about this service, let’s have a look.

How does satellite streaming work?

We are sure you already know the answer to this question, but if you dont have any idea about how it works, look at the answer. Technicians install a satellite dish on the roof of your home and do the basic in-house wiring. It enables your TV to receive signals and lets you watch TV without hefty cables. You can get comprehensive coverage of different channels without sticking to one-event streaming services that come with high price tags.

DirecTV is based in California, and it is a direct broadcast satellite service that came into existence in 1994. Later AT&T acquired DirecTV in 2015, broadcasts digital satellite to all 50 states in the United States and Latin America, and the Caribbean, which is massive.

They are the most successful satellite TV service in the US, and AT&T’s DirecTV has over 21 million subscribers helping the Telco giant to generate revenues of over $12 billion this past year. After acquiring DirecTV, AT&T launched DirecTV Now, which is now renamed AT&T Now. A streaming network gives tough competition to streaming giants like Netflix, Amazon Prime, and Hulu in the United States.

When it comes to design, DirecTV endured its last user interface upgrade in 2017, after six years, which is a long period. We dont adore the cable or satellite TV interface as it looks outdated, but you cant compare it with streaming services. You have to see it from a television perspective and not from a complete streaming site, and seeing it from a DVR point-of-view, DirecTV’s interface looks completely fine. It delivers a fresh look UI, and everything from thick letters and vivid backgrounds to thin white lettering on a solid and gray background adds to the beauty of the interface. The latest update brought a well-organized program guide and menu, and we dont mean that the old menus didn’t work well; however, the new update has given it an extra edge.

If you are a DirecTV subscriber, you will have a Genie DVR that allows you to get the best DirecTV experience. As mentioned earlier, the 2017 update transformed the service and added the latest screens and menus more suitable to the present audience. It has completely changed all the basics, and you can’t say it’s just a change in shape and color because there is a massive transformation.

The best thing is DirecTV has made it easier to record across multiple channels relatively easily, and you can even find channels without hassling around. You dont need to follow any complex procedure or enter different menus, and it allows you to watch your favorite program within a few taps.

It is straightforward and enables users to explore all the content courtesy of its redesigned UI and a program guide. Unlike streaming service review, where we discuss content in detail, there’s nothing to mention here. 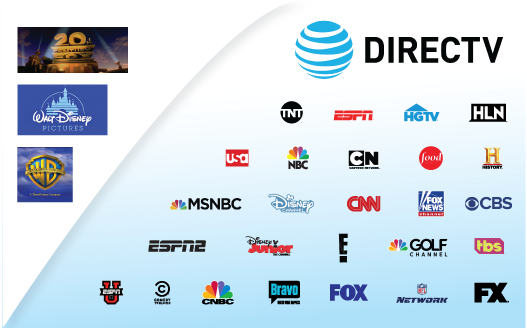 DirecTV delivers massive content and offers over 200 live HD channels and 4K movies and shows on user demand. What makes it different it delivers 4K Ultra HD Definition content which is like a USP provided by most service providers across all networks.

If you want to enjoy TV channels, it provides you a cutting-edge TV viewing experience. My TV supports 4K Ultra HD Definition videos, and I love watching 4K content. You can choose your package because DirecTV follows a tier-package system similar to other streaming and satellite service packages.

The content tier is divided into six packages: SELECT, ENTERTAINMENT, CHOICE, XTRA, ULTIMATE, and PREMIER. All these plans deliver a varying number of channels specially developed to serve your viewing requirements. We have bought a PREMIER plan because we bought DirecTV as an alternative to cut the cords.

Dont worry if you have missed your favorite programs because HD DVR allows you to watch any program that aired in the last 72 hours. Another best feature that I love the most is the Restart feature that lets you restart a live show immediately.

DirecTV’s Genie HD DVR allows you to record up to 200 hours of HD movies and shows, and you can also start a program in your living room and continue watching it in your bedroom. Using this service, you can sync the content on up to eight televisions in your house, which is an excellent feature.

We admit that Genie isn’t as great as Dish’s Hopper 3 but still performs a worthy job of allowing up to 5 recordings at once. It can store over 200 hours of HD content, and if it’s not sufficient, Wireless Genie Mini allows you to access content on the go.

It’s a great service for sports fans living in the US, and if you look at content, it includes over 300+ channels, including 4K HD television. However, if you are not a sports fan, you can look for other options such as Netflix, Amazon Prime, and Hulu. Dont forget to send us your suggestions and feedback. Goodbye!