No one can deny the fact that the Ultimate Fighting Championship is the most rapidly growing name in the league of combat sports in the world. Many users only know about the UFC, but after UFC, we have not seen such a flourishing mixed martial arts (MMA) media outlet. UFC indeed is not the first entity to broadcast and feature MMA matches; there are some Japanese and Chinese leagues that far antecede UFC. But it is certain that UFC the first one to put MMA on the map and package it effectively for the mass mainstream public.

The UFC is not getting far too much attention, and some people criticize it for so many reasons. We can’t take the credit away that has delivered some of the greatest MMA matches we have ever seen in my lifetime, but it can also be a minor hit or miss. People often criticize and make fun of UFC because their matches can go long without any real action. It is the most common criticism that professional boxing has faced in the past, and it is true because they let their fighters rest for too long sometimes.

Despite all the criticism and blames, the UFC fight is still thriving, and nothing else quite like it in the world. They search for the best talent and bring some of the best MMA athletes alive today and make perfect pairs of fighters; that is why they grab most users. Another fact is, UFC brought a separate page out of professional boxing’s playbook. Wrestling lovers adore the way Ultimate Fighting intensifies the tension and drama leading up to a spectacular fight. You can say anything about UFC, but they know how to create hype among the fans for an upcoming fight; the techniques they use to get people to shell out for every pay-per-view are amazing.

What is Fite TV? 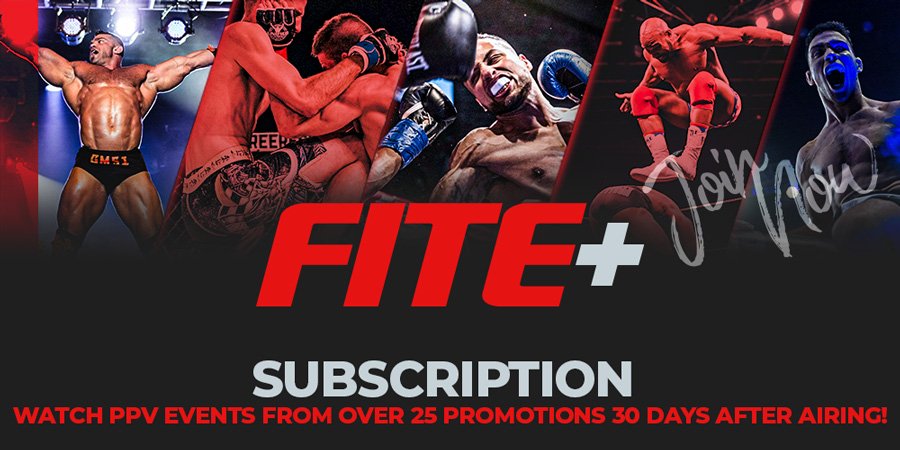 Let’s look at the leagues like Top Rank, Golden Boy, Premier Boxing Champions, Rizin Fighting Foundation, All Elite Wrestling, Major League Wrestling, Ring of Honor, New Japan Pro Wrestling, and the National Wrestling Alliance, and many more. If you want to stream UFC or WWE events, you will find plenty of premium and even free networks, But it’s hard to find streaming of lesser-known combat sports leagues because they are not easily accessible.

Dont worry about that; there is a streaming service specializing in broadcasting all of these leagues mentioned in the above paragraph. This site brings many features out of the box but still an underdog streaming platform; Fite TV is one of the best sites for real, hardcore fighting and wrestling fans. If you want massive MMA, boxing, and pro wrestling, content you need to give Fite TV a try to stream your desired content with ease.

Fite TV came into existence on May 20th of 2012 and has gathered many subscribers since then. Nowadays, Fite TV includes a huge 1.6 million subscribers from different parts of the world, and many people were pessimistic after its launch. Users thought they wouldn’t make it when they launched in 2012 because UFC was getting massive fame worldwide. It was a courageous step to go up against the giant of MMA when Fite TV decided to. But we must appreciate Fite TV for daring, and that’s the spirit of capitalism to compete with other businesses.

That’s the spirit of combat sports in general, and Fite TV didn’t hold back when it came time to wrestle with UFC TV. It was an excellent decision to stay alive and not back off; Fite TV is no one amongst the world’s most successful combat sports streaming services. They have the backing of an impressive team of executives and investors, and we dont see any signs as if Fite TV is going anywhere. Instead, this streaming platform is growing day by day. For example, Tim Draper – a famous investor who has worked with Hotmail, Space X, Skype, Tesla, Baidu, and many other iconic names, has invested in Fite TV. Draper is a successful investor, and he has never failed to earn big money from his investments. Therefore it’s the right time for wrestling lovers to subscribe to Fite TV and catch all the wrestling action in real-time.

As mentioned earlier, Fite TV lets you access pay-per-view events from pretty much all of the major combat sports leagues apart from UFC and WWE. But there are so many other things on this network; in addition to conveniently viewing live PPV events, Fite TV also provides a massive library of matches and events. If you subscribe to Fite TV Impact Plus, it offers 3,000+ hours of archived footage available for on-demand streaming in the Impact Wrestling archives.

Like other sports streaming networks, this service features commentary, fight forecasts, stats, insider, behind-the-scenes footage, and interviews with athletes. However, it is one step ahead of other streaming platforms for its original content. It offers original documentaries and reality TV series that allow you to become familiarized with your favorite fighters like never before.

Suggestions that I have for Fite TV

I would urge the developers to air their main events; otherwise, Fite TV is a great platform to stream wrestling matches. It would improve if Fite TV could somehow bypass the whole PPV model, though it can prove to be a legal and contractual nightmare. But it would be great if we dont have to pay for PPV events in addition to a monthly or annual fee to use Fite TV.

This article has talked about Fite TV, and you can use this service if you are interested in combat sports other than UFC and WWE. Dont forget to send us your suggestions and feedback. Until the next time. Goodbye!