Gacha games are the most progressing games in recent times and gaining popularity in different parts of the world. These games use Gacha mechanics to pull something like a toy-vending machine to get random animated items like new casts, costumes, shields, and more. If you have any fantasy of your world, you can make your world with the army. So make your strong army dominate the world, and we have brought the best acha games for Android and iOS users to bring fantasies to reality.

Our experts have compiled a list of the best Gacha games for Android and iPhone based on thorough research and analysis. Let’s have a look at the list given below. 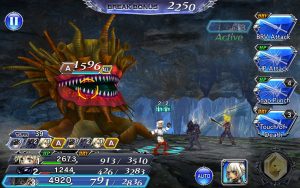 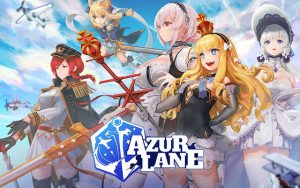 Azur Lane is one of the best Gacha games available for Android and iOS users. It is one of the pioneer games, which is actually a Naval Warfare match using Gacha mechanics. This game is a mixture of different gaming modes like 2D shooters, RPG, and tactical games, making it better.  You can play this game if you dont have any experience with Gacha games. 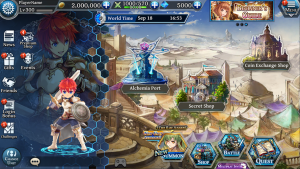 The Alchemist Code brings everything that you expect from an excellent Gacha genre game. It provides you with different tactical material, anime-based scenes, animated graphics, and a fascinating background score to increase your experience.

In this game, you have to learn and attain the arcane power of Alchemy and change the future, which is the sole purpose of this game. The game arrives with 50 characters with different capabilities, and you can use them to enjoy the game. 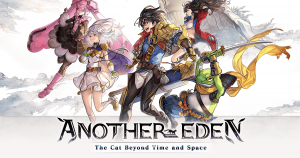 Another Eden is one of the best Gacha games, different from all other names on our list. It’s something more than pulling Gacha and arrives with a story where you have to get your goals. Masato Kato is the writer of this story who is famous for writing the popular RPG game Chrono Trigger. This game has a lot of characters and soundtrack themes to get your attention and keep you intact.

Even if you play this game all day, you will not get bored of playing Dragalia Lost because of its excellent features. This game brings humans and dragons together to fight villains, which is unique. The game is based on Gacha gameplay, where you defeat enemies using unique abilities and special protection.

They keep rewarding you in the game, and you can spin the Gacha; this will allow you to become a dragon yourself. Dragalia Lost is a tale about legends, aliens, missing heroes, and dethrone enemies’ journey. The game has remarkable graphics, and you will enjoy playing it. 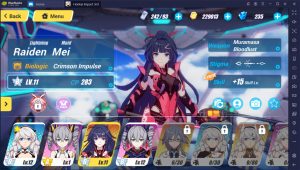 Honkai Impact 3rd is one of the best Gacha games for Android and iOS users that they can play for free. It is a fantastic RPG game where you can customize yourself into a powerful character using weapons, outfits, and more. The game is the center of three different characters called Valkyries, and each Valkyries comes with abilities and attacking powers. You can change characters and meet the team roles with several weapons and tools.

You will get weapons in the game, and more victories will unlock more features. And if you get the most powerful weapon, “Stigmata,” from the Gacha system, you will rule this game. 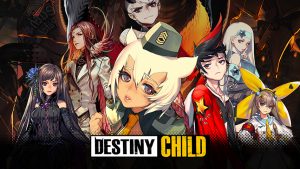 Destiny Child is one of the games to addict you, with a brilliant storyline mode. It allows you to build your character utilizing the in-game currency on the Gacha system. Start your journey, and your goal is to become the most influential Archfiend of the Internal Realm.

You have to keep building your character and make a strong army to challenge others. If your army is strong, you can defeat others, and this game comprises unique voices to each character, making gameplay even more pleasant. 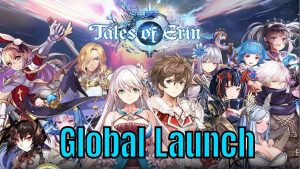 Tales of Erin is amongst the best Gacha games and contains everything from RPG action to tension, tactics, and fantasy.  The game arrives with a strong storyline from old Japan, and there is a cold war between Gods and the human world. It sounds so fun, and anime-styled scenes, musicology with the gaming display, and superb voice playing by the characters make it better and addicting.

Tales of Erin has a collection of up to 80 different characters that you can obtain through the Gacha system.  All you have to is to attain the power of Divinity and create a new world order. This game is compatible with Android and iOS, which are available for free. 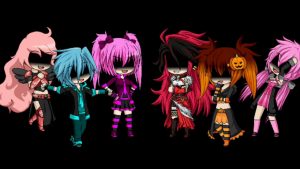 Gacha World, like its name, is a world of Gatcha, which is full of anime characters and allows you to create your characters by farming quests, fighting Raid Bosses, and much more. The games assign you the task to protect the world from corruption, but you have to learn the character story and earn more rewards. If you have a sufficient amount of money, you can enter the Gacha World, and it provides you the choice of 90 characters at least.

What makes this game superior to others is it does not frequently ask you to purchase the in-app currency.  You can perform so many tasks to win the in-game currency without losing your pocket in real, and we love it for this. 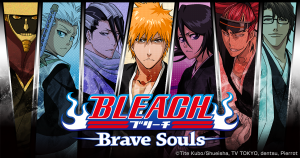 The last name in our list of best Gacha games is based on lots of characters from the Bleach universe with specific moves and unusual skills. It enables you to build your character according to your choice and create a strong army to conquer the world. Earn more rewards by winning the games, and ger your anime character, armor, outfit, and so many other items.

The game arrives with a 3D graphics gameplay with fast-paced action, and you can download it on your Android and iOS devices for free.

We have compiled a list of the best Gacha games for game lovers, as these games are getting more popularity and fame. The number of downloads and user reviews is massive, and you can give these games a try. Download any of them and send us feedback; you can suggest to us other best Gacha games missing on our list. See you soon. Good luck!

What Are The Best Archive Software Options?